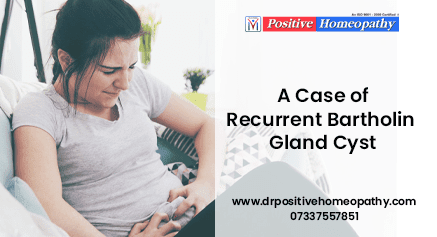 Mrs. A* was a thirty five year old women who came to our clinic for recurrent bartholin gland cyst. The gynecologist whom she was consulting suggested minor surgery for the same; scared of the surgery she approached us. Bartholin glands are small secondary sexual glands present near the opening of vagina and it’s main function is lubrication. Just like any other gland it’s opening may also get clogged leading to accumulation of fluid causing painful fluid filled swelling. Sometimes these can also get infected by bacteria leading to accumulation of pus. Usually bartholin cysts feel like small painless lumps but when the cyst becomes infected it can be very painful.

Coming to the case of Mrs.A, as mentioned earlier she was about thirty five years old, and was suffering with recurrent bartholin cyst. About 5 days before monthly cycle she would start experiencing excruciating pain, the cyst would start swelling and after the cycle was over it would burst and mixture of fluid, blood and pus would come out. This had become a monthly affair and she started dreading as the period date was approaching. She was suffering with the problem from more than a year. Other complaints she had was pain lower back extending to left hip region and down the back of the thigh suggestive of sciatica. Her occupation was home maker, physically she was of an average height, and was on heavier side.

As per homeopathic case taking questions were asked to her to elicit the root cause of her disease, initially our queries were regarding her main problem. She revealed that when the cyst occurs the pain is so unbearable that she bursts out in anger for little things which she usually ignores otherwise. She becomes quarrelsome, children dread approaching her during those days. Once the cyst ruptures and pain comes down she is her usual amiable self.

More questions regarding her thoughts and sensation were asked?  Initially she was hesitant and enquired the doctor why all this is required? Doctor explained that unlike other system of medicines homeopathy treat each individual separately. For a simple cyst in repertory about hundred, two hundred remedies may come but in that only one would be suitable to her. For individualizing the medicine besides the common disease symptoms, her emotions, thoughts, sensations, likes/dislikes, sleep, daily habits all are considered to arrive at the similimum, only then her problem would be solved from root level. 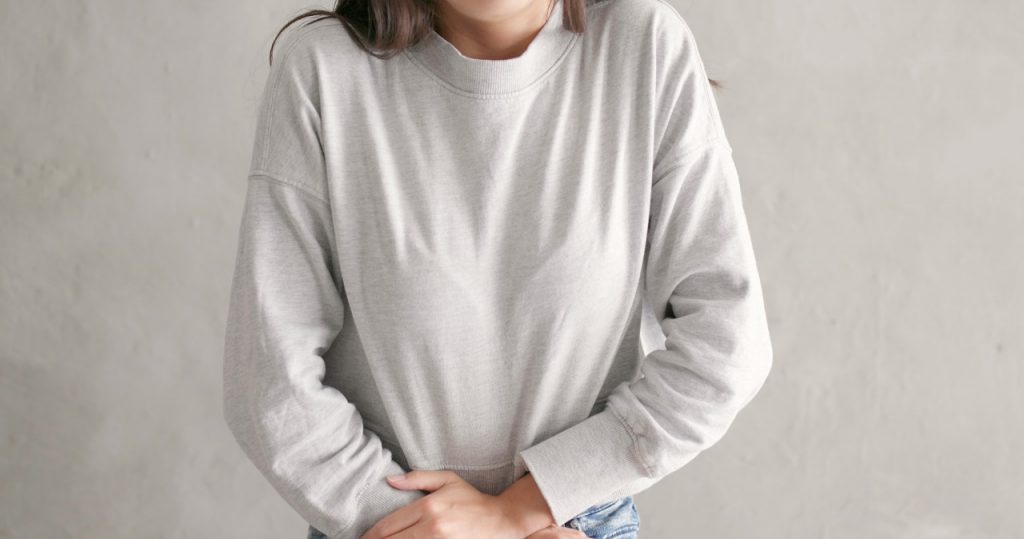 After hearing doctor’s explanation, she revealed that i keep thinking why only me? Why i am only suffering? Maybe i did some kind of bad deeds that’s why god is punishing me like this? I am unable to have a normal sexual life with my husband as it causes pain? What if my husband goes to another woman? This thoughts torment me. Doctor would i be able to lead a normal life? Will the cyst go away permanently? I don’t like to undergo surgery. I am very scared, what if it turns malignant? And started weeping and said I didn’t share this with anyone doctor, but when i went for my second delivery i came to know that in my absence my husband was visiting another woman. When i came back we had a huge fight, I threatened to call panchayat, he asked for forgiveness and said he will no longer keep any illicit relationship and not to reveal it to anyone. We patched up but i still have some resentment against him and also insecurity, what if it repeats again, then what will happen to me and my children? More questions were asked about her childhood, past medical history, family history and physical generals.

She revealed she was the only daughter for her parents, and had three brothers. Being only daughter she was quite pampered, she liked someone when she was around eighteen years old but parents did not agree as he belongs to another caste. After marriage she adjusted well, did not have any issues except that one incident. There was an episode of typhoid fever when she was about sixteen years old. Obstetrics history indicated two natural deliveries after which she underwent family planning surgery.

Physical generals were all normal, dreams of waterfalls and traveling. Thermals were hot.

After gathering all case details the case was analyzed and the following rubrics were considered-ailments from betrayal, ailments from indignation, suppressed anger, fear cancer, and cysts. Accordingly a single dose of Natrum mur 200 was given. Next cycle there was no bartholin gland cyst, but second cycle again cyst appeared though pain was slightly reduced than previous, Natrum mur 200 was again repeated again. Now it is more than a year, there has been no sign of bartholin cyst and the patient is very happy. This is the beauty of constitutional homeopathy. A well selected reedy can help to treat a patient completely.