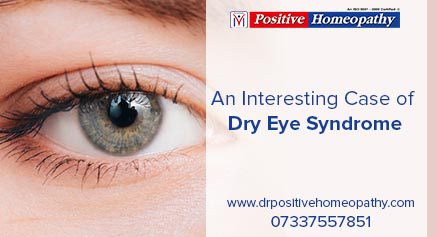 Dry eye syndrome is a condition when eyes do not produce tears. Generally, our tear glands produce tears which help to keep the lens moist, prevent infection and lubricate the eyes but in some the lubricating effect reduces causing fatigue and constant irritation in the eyes, a sensation of some grit in the eye causing itching, the heaviness of eyes. Vision maybe disturbed and some may report photophobia or sensitivity to sunlight.

A 24-year-old young woman came to our clinic with her mother. She narrated her symptoms to the doctor as follows: “I have been suffering from dry eye syndrome since last 5-6 years. My eyes are always red, feels as if somebody has put sand in the eyes, they ache a lot and I feel to keep my eyes closed constantly.

I have been to different eye clinics and even underwent surgeries but to no avail. Recently I visited one of the reputed ophthalmologists who suggested that I may lose my eyesight. Hearing it made me feel as if my whole world has collapsed. I feel very anxious and unhappy about the situation. I cannot watch TV, cannot travel, and cannot sit in front of the computer system for more than one to two hours. I love my career as a software developer, what would happen to it. My life is over”.

Doctor asked a private audience with the patient, after which enquired about past events, any stress, tensions about four to five years back. After some hesitation, she slowly started revealing other details” Since 5 years I am in relation with someone but the boy was of suspicious nature. We use to have frequent quarrels which use to disturb me. He used to accuse me of being unfaithful, I loved him a lot hence did not reveal his torture to anyone. I always lived in perpetual fear that he would get anger on me and leave me. 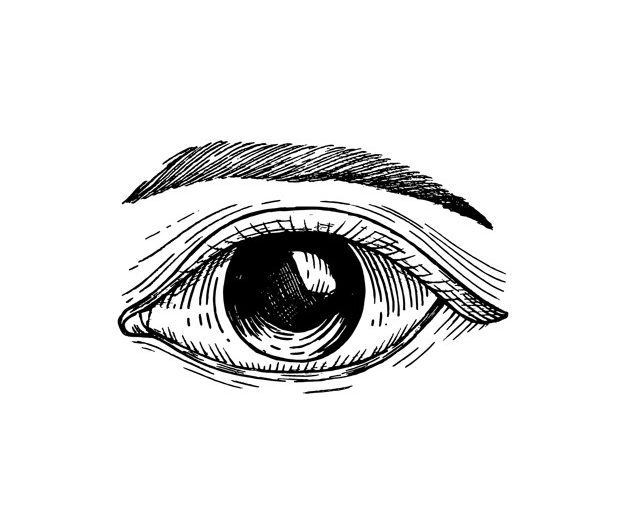 When it became unbearable revealed everything to my dad and broke up with him, but he uses to stalk me. I started developing a phobia to attend college as he would come and create a scene. My life became a living hell. I left the place and went to my village but after some days I started missing him and again rekindled my relation with him. He has changed and now a days I also give it back to him if he abuses me, but after that, I don’t feel good. My father knows that I have started seeing that boy again but my mother is not aware.

I feel very guilty about it. I don’t get good sleep, almost every day I get up at around 2’O clock, don’t know why. I am also suffering from irregular menses for last two years. Later, doctor enquired about her dreams for which she replied that she does get many dreams, especially of animals and she beat them, or she is alone in an unknown place, falling from high buildings which suggested suppressed anger and depression.

Her likes included non-veg food especially keema and did not like green leafy vegetables., drinks very less water, perspires more on palms and soles and cannot bear cold weather. She likes to listen to songs and when she is emotional she becomes all the more sad hearing sentimental songs.

Patient mother was also interviewed separately. She revealed that her child usually remains silent, introvert and is of helpful nature. Her father stays in Dubai since last three-four referrals. She loves drawing, no stage fear. If somebody hurts her she will become withdrawn.

Based on both the interviews and observations a dose of xxxxxxx 1M was given and asked to come after fifteen days. When she came for a subsequent visit, she was very happy. She reported happily that this fifteen days, she could sleep peacefully, her pain and irritation in eyes reduced by more than fifty per cent. The medication was continued for some more days during which time she was not only physically improved but also emotionally.