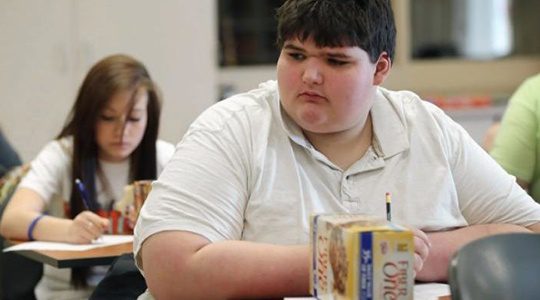 What Causes Childhood Obesity in Children?

Obesity has become a global epidemic now days and sadly it is not only limited to adults but more and more children are following prey to it. Earlier time the more chubby the child was considered as a sign of health but now it is realized that being overweight is not good for health.

Obesity is having excess of unwanted body fat. It is measured on the basis of Body Mass Index (BMI) which is Weight (Kg)/Height 2(meters). For children and adolescents BMI percentile is calculated, those above 95th percentile are considered as obese.

What are the causes for Obesity?

Though in some cases obesity could be due to genetic factors but in modern times the life style has been the most important contributor. Many schools do not have play ground or have dedicated time for physical exercise. Children juggling between school and tuition hardly get time to play. Many a time Children leave to school without breakfast just having milk due to lack of time. Besides that indulging on fast and junk foods, increase intake of processed food, aerated drinks, spending time on tab/mobile/laptop instead of playing physically has contributed to growing incidence of obesity among children. Besides these certain hormonal problems like Hypothyroidism and Cushing’s syndrome can also cause obesity.

What are the effects of Obesity?

Studies have shown that obesity can lead to severe health problems even in children besides the psychological effects like depression, and low self esteem, Diabetes, hypertension, fatty liver, heart problems, precocious puberty and hormonal problems.

To reduce weight diet and exercise play an important role. Besides these, homeopathy with its constitutional treatment can improve the rate of metabolism; correct the hormonal imbalances and other effects of obesity. Some of the common medications for child obesity are: