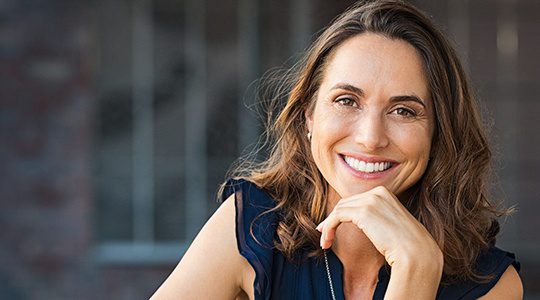 A young unmarried Muslim woman (Pt.id 4147) of twenty two year age approached the clinic for Bilateral PCOD treatment.  She was of a wheatish complexion, slim and tall and while she was narrating her symptoms it could be observed that she was very anxious and her speech was hurried. She told us about herself.

“I was the only daughter amidst three brothers to her parents, very much attached to my father. My childhood was happy; I was highly competitive and always wanted to stand first in the class. I used to feel pangs of jealousy if any of my classmates fared better than me. I was ambitious and wanted to study for engineering. Things changed when my father expired all of a sudden. Due to financial reasons, I had to discontinue my studies. My married two brothers were busy with their own families and the other brother had not yet completed his studies. I learnt tailoring and started supporting my family by undertaking tailoring jobs. My third brother after completing his studies picked up a job and got married but unfortunately, his wife turned out to be a shrew. She would not do any household work and use to pick quarrels with my mother and me. Things turned ugly and she accused us of harassing her for dowry and complained in Police station. It was a very humiliating experience, after this incident , we started living separately. Even now I harbor hatred for her. I want to be successful in life, now since I have learnt tailoring, I want to open my own boutique. My mother wants to get me married but I would marry as per my choice. Right now I want my menstrual cycle to be regularized. I had menarche by twelve years of age. My cycle was regular and I had no discomfort. I have noticed my cycle altered after my father’s death and now have become irregular. I had consulted a gynecologist who got my scan and blood test done and diagnosed that I am suffering from PCOD because of which I may have difficulty in having children. I got scared hearing that. I remembered my friend stating that she had taken homeopathy treatment for menstrual problems. After talking with her I thought to approach you’ll.”

After she completed narrating her story, few more questions were asked regarding her menstrual cycles we focused also on her physical generals. She had a good appetite, thirst moderate, and desires sweets, sleep normal, not many dreams in sleep. She could not withstand cold. While she was talking we noticed that there was profuse perspiration in her palms and when enquired she confirmed it and stated that whenever she is anxious she perspires at palms and soles. Her last period was three months ago. After careful repertorization she was given a dose of Ignatia 200 and she was asked to come after fifteen days. When she came back for the second visit she reported that her menses appeared and that day was the second day but the bleeding was scanty. It was decided not to disturb the action of Ignatia and placebo was give for the ext fifteen days. She was on regular visits and Ignatia was repeated twice over a period of six months, by this time she started getting periods every month between twenty eight to thirty five days. Slowly flow also increased and she was happy. A repeat scan showed that right side ovarian cyst. Treatment was continued for some more months and a third scan was ordered and this time scan report was normal.

Meanwhile, her marriage was fixed, she was very apprehensive if she would be able to conceive or not. It was assured to her that she can get married and she would be able to conceive normally. She got married after one year of treatment and the very first month of her marriage she had delayed periods. Her pregnancy test was negative and she was disappointed and her doubts of conceiving again. She was counseled and sent back with one dose of Ignatia 1M was given. She came back after a month and reported that she missed her periods again and was apprehensive if PCOD had relapsed. We asked her to be patient and get her pregnancy test done, if needed her case would be again reviewed. Next day evening her husband gave a call stating Blood test for pregnancy was positive and there were going to a gynecologist for confirmation. After two days she came with her husband to our clinic carrying sweets as her pregnancy was confirmed.

By Dr A M REDDY
Tags: Homeopathy Treatment for PCODPCOD