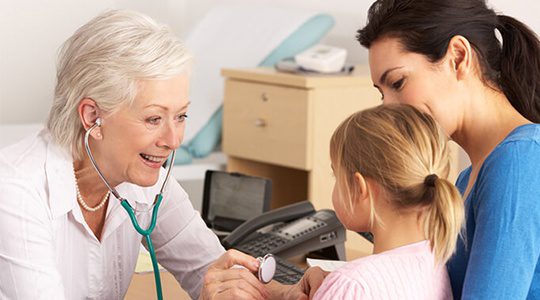 Autism and Vaccination A Case Study:

The role of vaccination and the development of autism in children has been quite controversial.  While the advocates of vaccinations claim that vaccination has no link in the development of autism and blame it more on genetics the nay sayers claim otherwise. In all these parents are caught in a dilemma to get their child vaccinated or not.  No doubt vaccines have played an important role in protecting children from many killer diseases like smallpox, polio, diphtheria etc, and helped to improve the overall immunity of the society but in some sensitive children, the same vaccines have created ill-effects. As the number of vaccines a child is receiving is increased, so is the incidence of autism among children. Though the exact cause for Autism is not known many factors have been suspected, primary among them being genetics and environmental factors. In some children, parents complain of severe regression of speech or speech delay, behavioural abnormalities, oversensitiveness to stimulus, social withdrawal or communication impairment have been noticed especially after MMR vaccine and the certain type of flu shots. It is suspected that Thimerosal, mercury-based adjuvant added to vaccines could affect the neurological system, though now-a day’s Thimerosal is avoided in vaccines. Homeopathically it is believed that in a few sensitive children having the predisposition, the vaccination seems to trigger their immune system in the adverse way leading to autism or other complications. It does not mean all vaccines are bad or all children suffer ill effects of vaccination, but certainly, the number of vaccines the child is being subjected to within first one year is certainly a cause for concern.

Five years old Pearl* was the first child of her parents. She was born by C- section and after birth, everything appeared to be normal. Pearl was growing fine except for some cold and cough once in three months. She was very active and could recognize alphabets, , and numbers, and use to babble few rhymes. She enjoyed the company and was usually very cheerful but as she was nearing two years parents observed that there was a sudden regression in speech and she was not responding to call. There were other behaviour abnormalities noticed like she became very restless, was frequently throwing tantrums and banging her head. Doctors diagnosed her condition to be moderate autism to their shock. They started therapies, gluten, and casein free diet and medications but the improvement was not much. She would not sleep in the night and doctors advised them mild sedatives. Parents were much depressed seeing their daughter’s condition.

On the recommendation of their friends, they visited Dr. A M Reddy for treating their daughter. A detailed case study as per homeopathy was taken in which history of vaccination with Hepatitis A and MMR given just prior to regression of speech and behavioural abnormalities was elicited. Basing this as cause for triggering autism in the child and the child’s desires, behaviour patterns a dose of Zincum Ars 10 M was given and was asked to come after fifteen days. In the subsequent visit when she came into the doctor’s chamber she was calm in contrast to her first visit when she created havoc in the room by throwing things around, pulling chairs and trying to hit the staff. She sat calmly in her mother’s lap observing her surroundings. Her sleep improved and she could sleep for few hours without sedatives, though head banging and excitability was still present. She was on a regular follow up on a monthly basis and there was steady improvement in the girl except for one episode of increased hyperactivity and head banging when Zincum Ars was again repeated. After 10 months of treatment parents were advised to start speech therapy to her, and at about one year of treatment she started speaking few words, her response to simple commands and social interaction improved.

By Dr A M REDDY
Tags: AutismAutism and VaccinationHomeopathy Treatment For Autism