It is a very common misnomer that homeopathy treatment is slow to act. People believe that if someone has an acute illness like fever, cold, cough, diarrhea, etc., one needs to administer allopathic medicines. However, for chronic problems like psoriasis, eczema, vitiligo, and other similar nature diseases, then a homeopath has sought after. This is a false narrative. There are wonderful medicines in homeopathy that can abort acute illnesses quickly and help the patient recover fully without the after-effects of the disease. Even in the recent pandemic, homeopathy played a pivotal role as preventive and curative medicine. Many affected responded favorably to homeopathy medicine and came on the path of recovery quickly.

Homeopathy medicines work by stimulating the immune system, strengthening it, thus aiding healing speedily. Unlike other drugs, there is no one medicine for all persons affected with the same illness. Homeopathic medicine is selected based on a person’s symptoms, modalities, likes and dislikes, changes in patients’ activity due to illness, reaction to a thermal change of heat and cold, sweat, and other physical generals. Given below are few acute cases which have been treated with homeopathic medicines successfully.

Case 1: A Case of Dengue Fever and Homeopathy Treatment

Rohit* is a fourteen-year-old boy. Parents complained that he developed a high fever suddenly. He was fine the evening before, but the next day morning, he got up with a severe headache and pain behind the eyes. On checking temperature, it was about 104o F. Rohit was already under our treatment for some other condition, so his parents immediately gave us a call. We advised them to immediately do cold sponging and give a paracetamol tablet, after which acute totality of symptoms was gathered, summarized below. 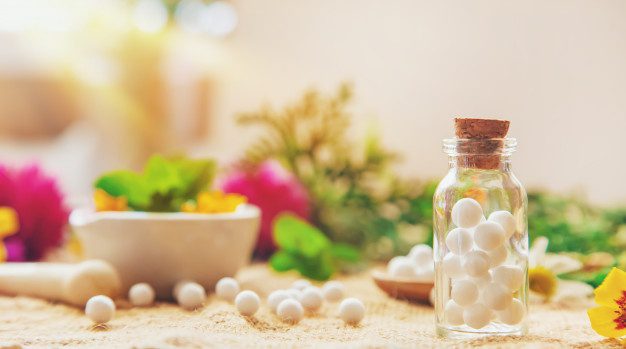 The onset was sudden and violent. During fever, he was lying dimly on the bed and did not want to be disturbed. If parents went to wake him up, he would get very irritated and would shout at them in anger. His appetite was reduced, thirst was minimum, bowels were constipated, and thermals were hot. Parents revealed that he was a happy-go-lucky person, did not bother much about anything. He was addicted to electronic gadgets and would get irritated quickly if criticized or disturbed by his play. Based on his symptoms and constitution, three doses of Opium 1M were given to the child. Parents were advised to get relevant investigations done in which the Dengue NS1 report came positive. Parents were counseled to provide the prescribed homeopathic medicine one dose daily and maintain hydration. The next day parents reported that temperature was about 100o F, child activity and appetite improved. Accordingly treatment, it was advised to continue the homeopathic medication. After two days parents stated that his temperature was average, his platelets were adequate, and regular activity. Rohit recovered from Dengue entirely in a short time without any lingering effects.

Case 2:  A Case of Covid-19 and Homeopathy Treatment

Mr. Sharma* is a forty-five-year-old businessman. After a visit to a neighboring state for business, he came down with sneezing and a runny nose. Later he developed a deep cough as if the throat was filled with phlegm, a vague headache, loss of smell, and fever. He got an RT-PCR test done, which came favorable to his despair as he took homeopathy treatment with us for migraine headaches. He contacted us immediately. We took his symptoms, and he revealed that he had become more restless, unable to have a fitful sleep, and developed an unknown fear. He liked to drink warm water, food was tasting metallic, bowels were frequent, urine was clear, and thermals were chilly. He was generally a very organized person, always wanting everything to be placed in order and everything is done on time. He was a shrewd businessman, and he selected his projects wisely. He never faced any loss in business. He was usually affable, but if things didn’t happen his way, he would get upset and bring his anger home. He had the habit of consuming alcohol but in limited quantity and was a non-smoker. Based on his symptoms, three doses of Arsenicum Album 1M was given, and the patient was asked to inform us about his progress in two days. After two days, he gave a call and reported that the fever has subsided, but the cough was still present, though the intensity had reduced to some extent. We advised him to continue with the same medication. After another three days, he reported that his cough reduced by more than ninety percent, and he was feeling much better, the taste had improved, and restlessness had come down. He continued on the path of recovery without any hindrance.

Case 3: A Case of Bacillary Dysentery and Homeopathy Treatment

A three-year-old girl child was brought to the clinic with a complaint of frequent stools mixed with blood and mucus. Before passing the seat, the child would be crying violently with pain. She had the habit of eating mud, chalk, licking walls, and eating indigestible things, and parents also complained that the child was very hyper, would not sit still even for a moment, and had a very aggressive nature. She would hit and pinch others, and her demands had to be fulfilled immediately. They also revealed that this was not the first time she was having this type of stool; she keeps having it frequently on and off, for which they had to use antibiotics many times to control it. Based on her history and symptoms, three doses of Merc Cor 1M were given. Within two days, parents reported that blood stools had stopped. She was later continued on homeopathy treatment to reduce her hyperactivity.

All the above cases show that if a remedy is selected carefully and correctly, even in acute conditions, homeopathy can do wonders, reduces the course of illness, and puts a person on the path of recovery quickly.