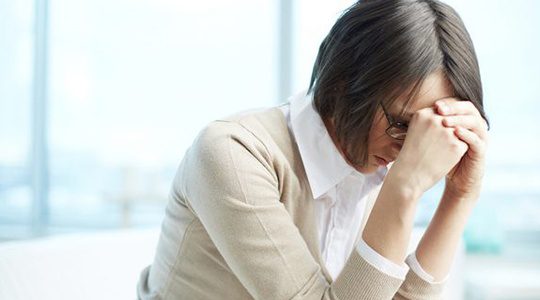 What is Pcod disease in the female? Homeopathic Treatment For PCOD

It was late in the evening and we were nearing the closing time of our clinic. It had been a busy day and I was exhausted. As I was winding up the last case, the front office executive came hesitatingly and informed Ma’am, just now a lady with her daughter came in and could I attend to her. I enquired if she informed them it was closing time, she replied in affirmative and added the lady was so distraught and insistent in meeting the doctor that she thought of informing. I asked her to send them in.

A middle-aged woman entered the chamber with a teenager. As they came in the lady lamented that doctor my daughter’s life is ruined, after calming her down I enquired to state what happened, the lady replied that my daughter has been diagnosed with PCOD and I believe that if you have PCOD then you cannot have children. I glanced at the girl; she was about an eighteen-year-old young girl, fair with big round eyes, curly hair, and facial hair slightly visible. After calming down the mother, I scheduled an appointment for next day and reassured her that Homeopathy can definitely help her daughter. As I was traveling back to my house, my thoughts went back to the young girl. It was the sixth case of PCOD from that morning and come to think of it out of every ten female patients I attend invariably at least three to four of them suffer from PCOD and with growing ambition and competition the incidence of PCOD also seems to be rising in the young women.

The women reproductive organs consist of a pair of egg releasing organ called ovaries connected to the uterus (womb) by two tubes known as fallopian tubes. Generally in women of reproductive age every month an ovary develops one egg in a fluid-filled sac called follicle and nurtures it until mature and then releases it by rupturing the follicle. The ovary not only helps to produce eggs, but it also secretes few hormones like oestrogen, progesterone (Primary female hormones) and a small amount of male hormone Androgen. Due to an imbalance in these hormones the ovary gets dotted with many immature follicles giving it a “string of pearl” appearance with the absence of ovulation. The increased amount of male hormone causes undesirable changes in the body like the development of mustache, beard and body hair. The hormonal imbalances can also cause acne, hair fall, obesity, irregular menstrual cycles, infertility, and hypoglycemic agent resistance.

Though the exact cause for PCOD is not known few factors which have been suspected are:

The role of hypoglycemic hormone in PCOD is not completely understood but hypoglycemic agent resistance is found to be associated with PCOD. Hypoglycemic Hormone which helps in carbohydrate metabolism also helps in stimulating secretion of male hormone; hence higher hypoglycemic agent level would mean higher levels of androgens leading to PCOD.

What are the Signs and Symptoms?

Signs and Symptoms of PCOD includes-

How is PCOS diagnosed?

PCOD/PCOS is diagnosed with the help of ultrasound scanning, pelvic examination by gynecologist, blood tests for hormonal levels.

What is the treatment for PCOD?

There is no permanent treatment for PCOD. Treatment is based on the symptoms to alleviate it and life style modifications.  Treatment includes oral pills to regulate menstrual cycle for those suffering from it, diabetic medications like metformin to combat hypoglycemic hormone resistance, anti oestrogen drugs like clomphiphane, laser or electrolysis removal of unwanted hair. Surgical intervention by laparoscopic ovarian drilling or partial ovarian resection may be performed in extreme cases.

Homeopathy treatment with its constitutional approach dwells not only into the symptoms but goes depth of the disease to remove the cause of it. The medications are based on the patient’s emotional, psychological and physical makeup. By doing so it not only helps to control the external signs like unwanted hair growth, acne etc, it also helps to correct the hormonal imbalance thereby regulating ovulation, thus not only helping in control of the symptoms but also provide the cure without any undesired side effects.